There are various kinds of external invasive forces that affect the spine.  They can be put into three classifications:  physical, chemical, and mental/emotional.

Physical forces are probably the most well known and most easily understood.  It is not difficult to see how a physical trauma could cause a vertebra to subluxate.  Falling down a flight of stairs or being run over by a truck are physical traumas that are sure to cause vertebrae to misalign from their normal position and interfere with normal nerve transmission.

The automobile accident that causes a whiplash is another such physical trauma.  Almost everyone has felt the trauma of walking down two steps when there were actually three, or down three steps when there were only two.  Contact sports, falling off a bike or while skating, slipping on ice, etc. are other physical stresses.  Any activity that uses one side of the body more than another can result in imbalances that can cuase subluxation.  Some examples include:  the waiteress that carries all heavy trays with one hand, the caprenter that hammers or saws with one arm, the golfer that swings the club in one direction, etc.  All of these traumas are physical forces that could be sufficient to subluxate the spine.

Another physical trauma which is not easily understood is subliminal, constant trauma.  The mail carrier that carries the weight of the mailbag on only one shoulder is an example.  The data processor that sits at a keyboard with his or her head turned at an angle for hours each day is another.  Sitting, standing, learning to walk (a child will fall on its rear an average of 3,000 by the time they are 3 years old), and sleeping incorrectly over periods of time are physical traumas which could also cause subluxations.  We also have to factor in gravity.  The average person will lose some hight throughout the day due to gravity's effects.

The first physical cause of a subluxation often occurs as the result of the “normal” birth process. Enough force is used to stretch an infant neck to almost twice its normal length.  Caesarian section, forceps delivery, and vacuum extraction can place tremendous pressure on a baby’s nervous system.  The following pictures show some of the strain infants experience even under what is considered “ideal” circumstances for these procedures.

Vaginal Birth - While a vaginal birth is usually the least traumatic way to be born, you can still see how the head is being pulled and how the spine is arching.﻿

Vacuum Extraction - Besides the similar amounts of force that forceps use, vacuum extraction can also cause skull fractures and other skull trauma. Neurological trauma is also very common with this procedure.

C-Section - It would almost seem that a C-section birth would be less traumatic. Unfortunately, while the traumas may at times be different, they are no less severe. Just observe the strain placed on the neck of this infant.﻿

The physical stress and trauma of birth is why we suggest that newborns be checked as soon as possible.

While being the most well known and easily understood, physical forces are the least common causes of subluxation.

It is an accepted fact that a chemical can affect the tone of a muscle.  The alignment of the spinal bones is dependent upon and efected by muscle tone.  Lack of calcium, for example, can cause muscle spasm.  A build-up of lactic acid (a by-product of muscle exertion) can cause cramps, which athletes sometimes experience.  Drugs can also affect muscle tone.  The body has a delicately balanced chemistry.  Anything that upsets this chemistry such as smoking, alcohol, caffeine, processed foods, pollution, food hypersensitivities/allergies, etc. can irritate the nerve system causing abnormal functioning of the muscle fibers, upsetting muscle tone, and cause a subluxation. 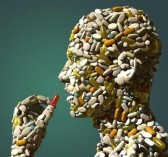 The causes of a chemical imbalance in the body sufficient to cause subluxation are numerous.  If we were aware of all the chemicals that we place into our bodies, in the water we drink and the food we eat, it would frighten us.  It has been estimated that the average American is exposed to thousands of chemicals per day, most of which are not good for us, and many of which were not around 100 years ago.  The body has the ability to deal with many of these chemicals, but if sufficient chemical stressors are taken in, even the body’s filtering mechanism can be overcome.﻿

It has been suggested that the most common causes of subluxations are emotional forces.  Our society’s lifestyle has caused the emotional factor to be one of the most important factors causing subluxations today.  We live in a fast-paced, tension filled society.  We worry about the economy, politics, war and terrorism, our family members, our job, etc.  These stresses are longer lasting and fatigue the body.  If you have ever been in a tense or emotional situation (worry, fear, anger, etc.), you can remember how the muscles in the back of your neck and across your shoulders tightened.  This muscle tension can cause a vertebra to subluxate.

Combination of all three

Although each of these three forces can cause a subluxation by themselves, most subluxations are caused by some combination of the three.  A slight physical trauma, which ordinarily would not cause a subluxation, does so because of muscle tension due to emotional factors.  Normal stress and strain of daily life may prompt muscles that are full of toxins and chemicals to allow subluxations to occur.  With all the stresses, physical traumas, and emotional tension as well as the chemicals that our bodies are subjected to each day, it is not difficult to see how the spine can become subluxated.

It is important that we have our spines checked regularly by our chiropractor in order to correct subluxations as soon as they occur.