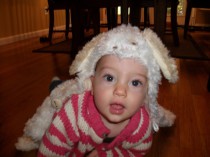 The Development of a Baby:

Perhaps there is no more dramatic demonstration of innate intelligence than in the development of a baby from two small cells from the parents. (Innate intelligence is described as the principle of organization that results in the ability of a living organism to organize and reorganize its physiology in order to adapt and survive in an ever-changing environment.) From a genetic standpoint they are each only half-cells. Yet centered within them is the blueprint for a living person.

An interesting thing happens as these cells begin to divide...

While each of them can lay claim to being part of the original cell, they begin to differentiate. Some of them become what will be skin tissue, others will become blood cells, others eye tissue and the rest of the organs of the body. All of this takes place under the direction of the innate intelligence of the body without the help of any doctor, scientist, or any conscious thought on the part of the mother.

Interestingly, the direction to cause these cells to multiply and become the different types of tissue occurs without the use of even a nerve system. However, the first organ to develop is what will eventually become the brain and spinal cord.

Then very specific differentiation takes place to make the dozens of organs and the hundreds of thousands of different types of tissue cells that will become a perfectly formed human being.

Surely, if the innate intelligence of the body can make a body in nine months, it can run it for the next 70, 80, or 90+ years. The fact is that orchestrating the trillions of functions occurring every second is as complex as the formation of the organs and cells that perform those functions.

Chiropractic's main job is to restore and maintain normal alignment in the spine. This reestablishes the proper connection between the brain and body, resulting in a better expression of your innate intelligence. This in turn results in you having a greater potential to be the best you can be.